K
Karrie S.
I’ve been seeing Dr. Maddox for many years. He and his staff are always friendly and kind. Dr. Maddox is very up front about what to expect and what the results will be for any treatment That I have performed. I’ve always had good results no matter what treatments I’ve had. If you are looking for quality in anti aging care then Thrive Aesthetics is where you need to go. That’s why I keep coming back. You shouldn’t trust your anti aging needs to just anyone.
more reviews

Thrive Aesthetic and Anti-Aging Center is locally owned and operated in Portland, OR by Dr. Adam Maddox, who serves as our medical director with more than 10 years of experience. We offer an integrative and comprehensive approach to natural aging that you will not find anywhere else. From Botox Cosmetic to advanced CO2 laser resurfacing to testosterone replacement therapy, we have the solution for your natural anti-aging needs. We have taken great care in all areas of our Portland anti-aging center, and have a world-class support staff, certified in their respective specialties and able to provide a listening ear.

Thrive has served residents of Portland and the surrounding areas of Lake Oswego, Oregon City, Beaverton, and beyond, with specialized cosmetic and anti-aging medicine for more than a decade. All of the services performed at Thrive are either performed by, or directly supervised by, our physicians and medical staff who have extensive training, they are licensed and hold current certifications in the most up-to-date, research-based laser treatments and provide aesthetic and anti-aging services.

Our commitment, simply put, is to each individual patient. We work in thoughtfulness and confidence with you to provide an exceptional level of personalized aesthetic care. We want you to look and feel your best, and help you restore your sense of wellbeing by offering honest, realistic results. At Thrive, you are more than a patient; you are a person that our caring staff gets to know on a one on one basis.

Transform your life and bring the much-needed edge and vitality with bioidentical hormone replacement therapy. 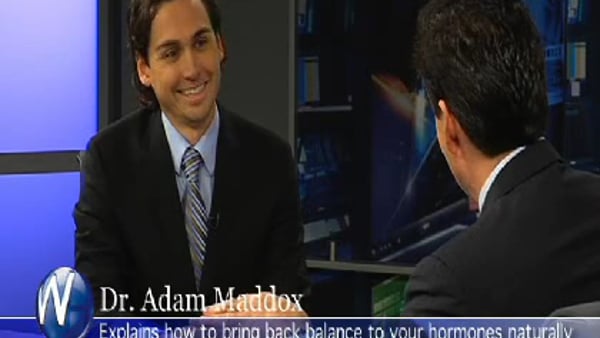 In this episode of The Wellness Hour with Randy Alvarez, Dr. Andy Maddox explains everything you need to know about bioidentical hormone replacement therapy. What these hormones are, what they do, how they are administered, whether it’s men or women that benefit mostly from them and how they can transform life are a few of the topics covered.
Video Transcript

In addition to serving our patients, we also work with local charities and non-profit organizations to help improve our local Portland community. 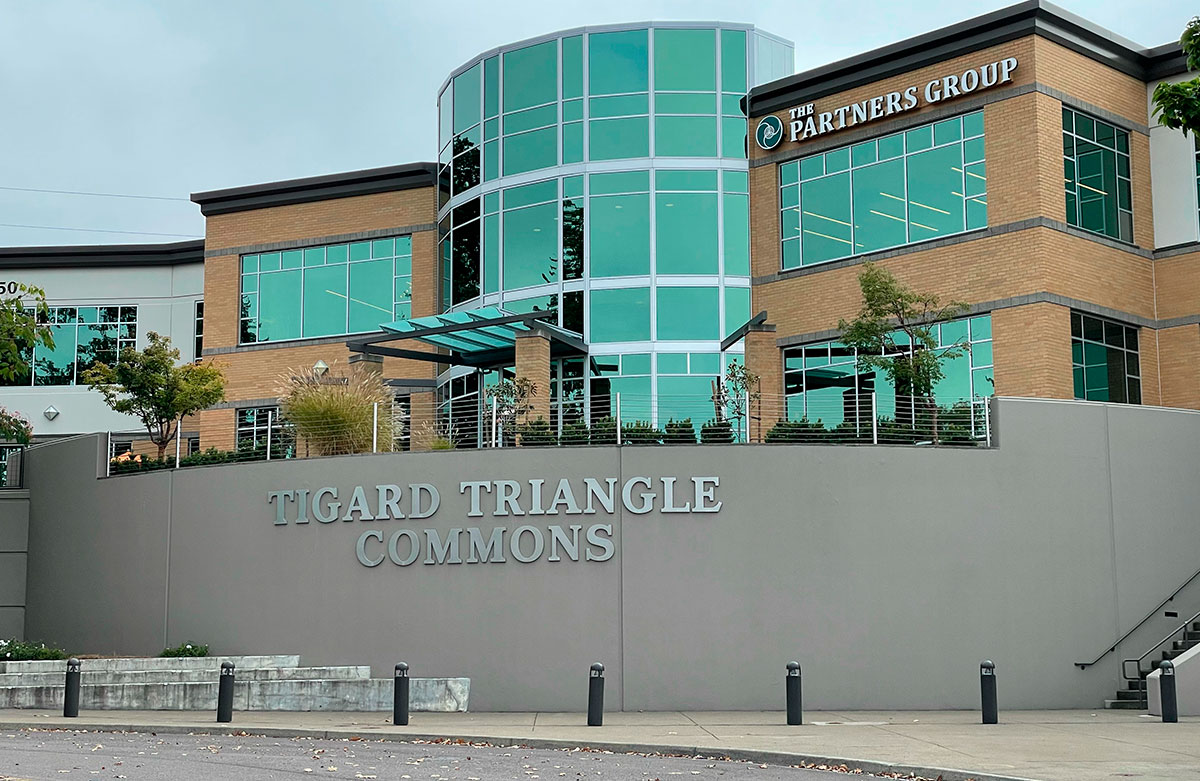 A graduate from Northern Arizona University and the National College of Naturopathic Medicine, Dr. Adam Maddox is a very established professional in the field of integrative anti-aging and aesthetic medicine with a special interest in Botox, Restylane and Testosterone Replacement therapy for men to name a few.

As a board-certified physician, he has a passion to help people with their health especially as they get older. Dr. Maddox believes in maintaining a strong sense of empathy in order to better serve his patients whilst ensuring his care is personalized. In addition to practicing medicine, Dr. Maddox uses his time to train other medical professionals on various effective medical techniques used in the anti-ageing medical sphere such as injectable techniques. He is also the founder and medical director of Thrive Aesthetic and Anti-Aging Center in Portland, OR.

Find everything you need to age beautifully at Thrive

Say goodbye to armpit hair and underarm sweating. Mirror Smooth (miraDry??) will save your day. 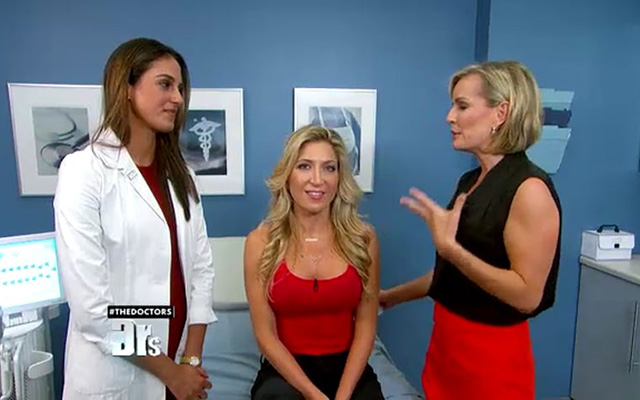 You shave it. You wax it, you laser it. Heck, you might even dye it pink. Talking about armpit hair. Now some people are saying you can microwave it away once and for all. We’re revealing a new treatment right now and our procedure room. Take it away, Doctor Ashton.

Hi guys So, I’m back here with doctor sheila Nazarian, board certified plastic surgeon and our patient Aaron. You’re going to be demonstrating this new microwave procedure to hit axillary hair, but before we get to that, tell, tell me why this hair bothered you, Aaron? Because I mean, you’re blonde, you wouldn’t mind.

I’m a personal trainer. I spend 95% of my day in a tank top in the gym or in a bikini and shaving every day is such a pain. No one likes to do it. I tried laser hair removal. It doesn’t work. If you have blonde hair and darker skin. So, I heard about mirror smooth So, thought I’d give it a try.

And you said it’s your game, okay, So, doctor Nazarian,

Go ahead and lie back Aaron. So, as you start working tell us a little bit about this technology. Who’s a good candidate for it and how? Does it work?

Well, the beauty of this technology is that everyone is a good candidate. Any skin colour, any hair colour? I’ve actually had the procedure performed on myself, didn’t get any hyperpigmentation from it.

So, you numbed Aaron up before we started, right?

Arron’s been numbed already. We’ve placed a temporary tattoo which basically gives us little tick marks. It’s really paint by numbers at that point and we use the microwave technology of mirror smooth to remove not only 70% of her hair with one treatment, but also the sweat and odour glands are also eliminated. So, it’s basically a little suction and some you know heat is applied, but because she’s numb there’s no pain.

You feel anything?
Fine, just a little pull,

And So, how many treatments typically does it take to really get a good effect?

So, 80% of people really only need one treatment. You’re going to get an 82% reduction in the sweat and odour glands and a 70% reduction in the hair growth. Which, if you’ve ever had laser hair, you know you need multiple treatments in order to get anywhere close to 70%.

So, what’s the cost range for something like this?

This that’s a great question. So, the first treatment is around 2000 dollars, but it’s, but if you think about how many laser hair removal treatments to do. I mean, it really is a great benefit and also laser hair doesn’t remove the sweat and odour glands.

Nice, well, 2000 dollars, meaning that you could throw away all your razors for the rest of your life.
Exactly

Never have to worry about sweating in your armpits again and being musty.

No more deodorant and think of all the money you spend on deodorant over a lifetime.

And it takes how long to do both pitch?

We usually schedule people for an hour at a time?
An hour!

So, can you imagine an hour and you’re done.
Oh my gosh,

The one done idea is very appealing.

Thanks for sharing that with us and thanks for showing us your armpits,

Thanks for having me

Get rid of unwanted fat from your waist and hips with Vanquish. 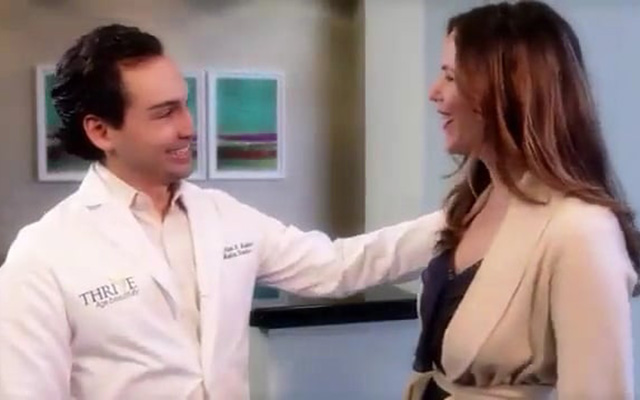 Feeling good and looking good. It’s not just about diet and exercise anymore. Aesthetic and anti-aging medicine makes a safe and effective addition to your routine. At thrive, we offer the very latest in non-invasive beauty technology like vanquish, a painless, non-surgical way to remove unwanted fat cells from your waist and hips. And best of all, treatments take less than an hour, leaving you plenty of time to enjoy the new you. Visit thriveportland.com for complimentary consultation. Thrive aged beautifully.