Men in Portland are reclaiming youth with hormone replacement therapy

Is time catching up with you? Frequent fatigue, reduced mental clarity, and problems in the bedroom can lead you to feel like you just aren’t the man you used to be. However, the problem might be more than just age. Hypogonadism is a medical condition involving below normal testosterone levels. It can be treated with hormone replacement therapy for men, which is available at Thrive in Portland, OR.

What is low T?

Young boys have very low testosterone levels, which rise rapidly during puberty. The peak of testosterone usually lasts through early adulthood, usually until ages 30 to 40. After that, levels begin dropping, usually about one percent every year. This decline is a normal part of the aging process, and it is not necessarily problematic. For some men, testosterone levels drop somewhat, but remain well within the healthy range. However, the decrease is more dramatic for others. Additionally, many factors besides age can lower a man’s testosterone levels.

Low-T, a term coined by a Harvard Medical School professor, simply means abnormally low testosterone. A healthy range of circulating testosterone is between 300 and 1000 ng/dL, according to the FDA (Food and Drug Administration). Low-T is typically diagnosed when that number drops below 300.

Virtually everyone is familiar with testosterone. It is widely known as the hormone responsible to a man’s sex drive, and it is often blamed for the rambunctious behavior of teenage boys. However, the full scope of testosterone’s effects on the body encompass much more. It is essential for the development of strong bones and muscles in a young man, as well as the continuing health of those structures in an older man. It facilitates mental and physical energy and contributes to an overall sense of wellbeing.

When a man’s testosterone production falls below a healthy level, he may experience a variety of negative effects including:

Who is a good candidate for hormone replacement therapy? 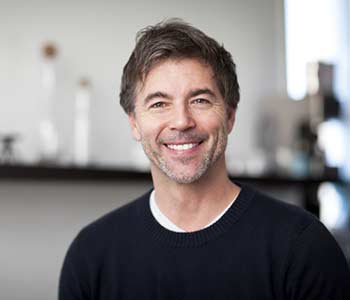 If you are considering testosterone replacement, the first step is to seek diagnosis from an experienced medical provider, such as Dr. Maddox of Thrive. Symptoms such as tiredness and sexual dysfunction can have many possible causes. A simple blood test can determine if your testosterone levels are low.

For men diagnosed with Low-T, hormone replacement therapy is usually a good option. However, like any medical treatment, there are exceptions. During your consultation, we will discuss potential side effects and complications. Your clinician will also inquire about your medical history, and whether you intend to have children in the future. Although testosterone therapy can improve sexual function, it may decrease fertility.

Take the first step toward a more fulfilling life

We believe that everyone deserves to feel great and live life to the fullest. If you feel like you are just existing, not living and thriving, give us a call at (503) 928-6505 and schedule a consultation.

Back to Hormone Replacement Therapy Page

Find everything you need to age beautifully at Thrive